Understanding Singleness As a Powerful Gift of the Spirit

There’s a gift of the Spirit Paul mentions that’s often overlooked or dismissed, even though it’s equally as powerful. It’s the gift of singleness. 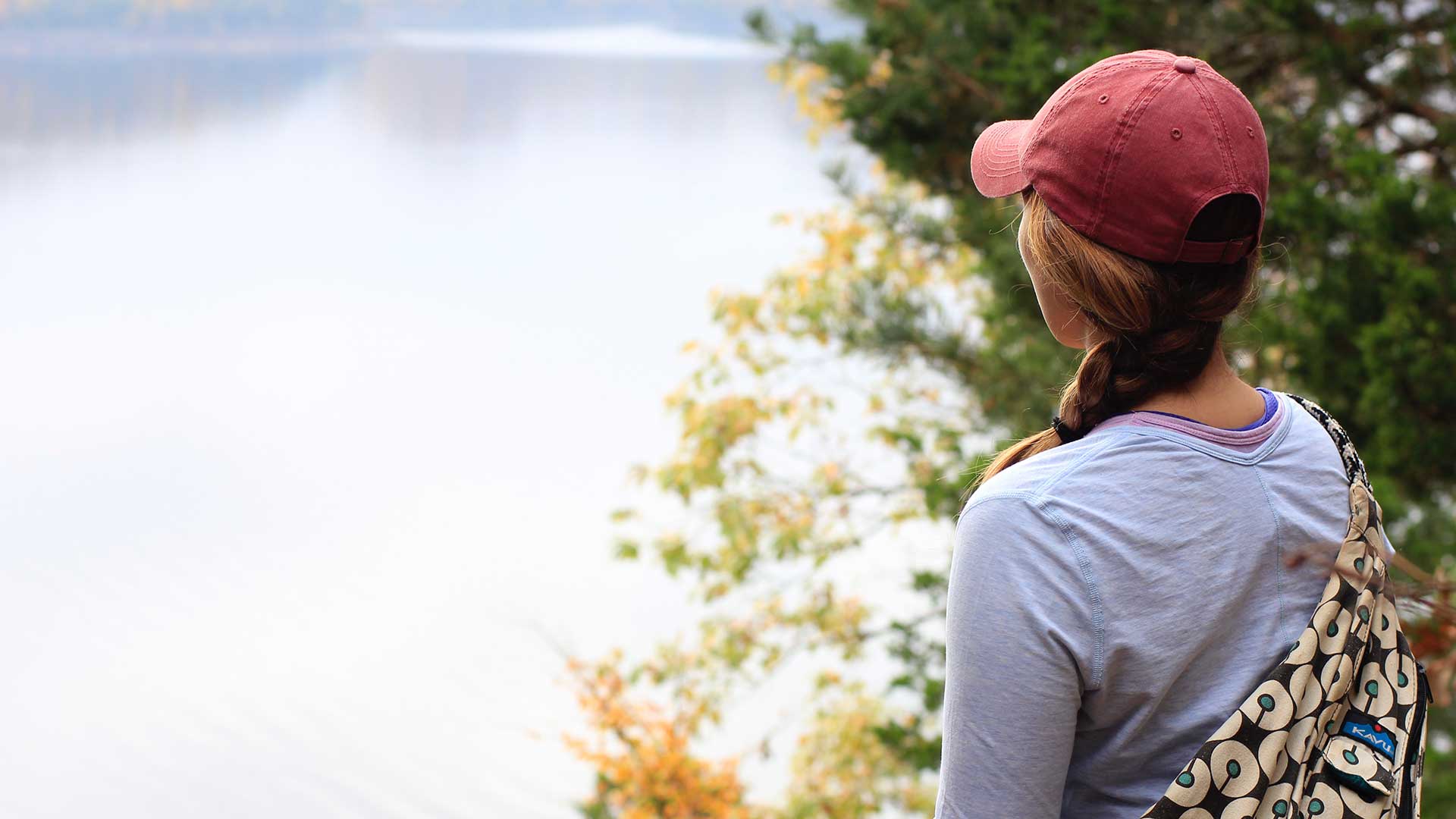 The Bible is replete of gifts God gives His people in various seasons and for myriad reasons. Most are familiar with the Paul’s catalog in Corinthians. “Now concerning spiritual gifts,” Paul begins. “I do not want you to be ignorant.” He continues with the instruction that though God has assigned these differently to different people, they are all from Him and for the common good of His people (1 Cor. 12:1–7, MEV). Then he lists them: word of wisdom, word of knowledge, faith, gifts of healing, working of miracles, prophecy, discerning of spirits, various kinds of tongues and the interpretation of tongues (vv. 8–10).

Collectively, these nine gifts are known as the “charismatic gifts” (named because the word “gift” in Greek is charisma). And in the case of these, they are most often attributed with supernatural power, which is why many desire and pursue them.

The Purpose of God’s Gifts

God’s gifts aren’t merely for our enjoyment, but to achieve something that would be impossible without them.

Undoubtedly, these presents of power have aided some mighty moves of God. The early church depended upon them for its explosive growth. Even today, these charismatic gifts remain vital to help believers fulfill tasks they couldn’t otherwise do on their own.

And we must not forget that’s really the purpose. God’s gifts aren’t merely for our enjoyment, but so that we may achieve something at a certain time or place that would be impossible without them.

The Overlooked Gift of the Spirit

With all the hubbub surrounding prophecy, tongues or healing, there’s another charismatic gift Paul mentions that’s often overlooked or dismissed, even though it’s equally as powerful. Are you ready for this?

It’s the gift of singleness.

Don’t tune out just yet; follow me here. To the Corinthians, Paul concedes, “For I would that all men were even as myself” (by this he means unmarried). Then he continues, “But every man has his proper gift from God” (1 Cor. 7:6–7). And here again, the word he uses is charisma.

For most evangelicals, the idea of singleness as a charismatic gift is revolutionary. The modern Church has all but idolized marriage so that many subconsciously believe a single person is incomplete, undisciplined, immature or even has something wrong with them. Accordingly, whether singleness is for a season or for a lifetime, it’s rarely celebrated for the blessing it is.

A spouse is one of many gifts and blessings the Lord gives, which also includes singleness.

Perhaps you can’t understand how being single could be desirable. To get the idea, we first must correct a few misconceptions. The first: “Doesn’t the Bible instruct that it’s not good for man to be alone?” Not really. While I’m a Bible-promise guy, I’m not in favor of twisting scripture to get it to say something that it doesn’t. God’s actual words are, “It is not good that the man should be alone” (Gen. 2:18). The definite article (“the”) in front of “man” clues us in that this isn’t a promise for the rest of humanity, but is a statement regarding the first man, Adam. Obviously, it wasn’t good for Adam to be alone if God wanted to populate the world!

Second: “What about the proverb, ‘Whoever finds a wife finds a good thing’” (Pro. 18:22)? Of course, the proverb is absolutely true. A spouse is a tremendous gift. And the institution of marriage is a great blessing. Certainly, I don’t mean for this article to be disparaging toward marriage. But the verse doesn’t say, “Whoever finds a wife finds the only good thing.” No, a spouse is one of many gifts and blessings the Lord gives, which also includes singleness.

How Is Singleness a Gift?

God might have you right here, right now to do something that you couldn’t do in any other situation.

Like the other charismatic gifts, singleness too is a gift of supernatural power given by God for great feats. Any married person must admit there are things they simply can’t do after marriage. A married woman can’t make a last minute decision to be a missionary overseas. A married man can’t devote too much time to ministry projects—because family must be first. And rightly so. When two become one, decisions should be made together, which can sometimes seem limiting. All of these are “worries” that an unmarried person doesn’t have, which allows him or her to focus solely on accomplishing God’s will for the moment.

What I just said is crucial to understand. The gift of singleness comes in two forms: seasonal and lifelong. Just because you’re single now doesn’t mean you’ll always be. And at whatever age, it doesn’t mean there’s something wrong with you. But it just might mean there’s something right with you! Yes, God might have you right here, right now to do something that you couldn’t do in any other situation. And that’s precisely why He gives charismatic gifts in the first place!

How to Know if You Have the Gift

The other charismatic gifts are fairly obvious to know if you are blessed with them. But what about the gift of singleness? How do you know if that’s God’s will for you right now? Here are a few “tests.”

I remember times when bewildered people asked me, “Are you OK being single right now?” To this I’d reply, “I’m as content as people will let me be.” Perhaps that sounds snarky, but it was true. There were seasons in my life when I was happier out of a relationship than I was within one, and the only pressure I felt came from those who consistently badgered me about when I’d take the “next step” in adulthood.

If you’re at a point of contentedness in your singleness, then praise God! This is a good sign that God has given you this season as a gift. Your satisfaction in this might not remain forever, so make the most of it while it lasts. Ask God what you can do for Him to maximize the moment, and then get to it while you have no strings attached!

2) You are involved in something that requires your undivided attention.

God might have you in a season where you need to devote your energy and focus on a task at hand, rather than on someone else. This was the case for much of my mid-to-late twenties. Initially, God called me to help rebuild a struggling ministry, then I went to seminary and then began to build my own ministry from the ground up. In these years, there wasn’t much opportunity to put in the time necessary for relationship building. Even when I tried, those relationships never lasted long. And now I know why: God had a different plan for me in that season.

The same might be true for you. These days, more people put off relationships until they are finished with education or are more established in their careers. And that’s OK. If or when you decide to be married, then your priorities must shift to God first, spouse second, family third and then vocation. If you aren’t ready for those priorities, then stay the course until God changes your desires. Both you and your future spouse will be glad you did.

3) You haven’t yet found someone suitable.

This one’s a bit by default. Speaking about eunuchs (people who can’t produce children), Jesus asserts “there are some eunuchs who have been made eunuchs by men” (Matt. 19:12). Many take this to mean these people are physically mutilated in a way that makes them unable to produce children. But I don’t believe this is the exclusive meaning—especially for today. No, I believe Jesus also intends to say that some remain single because of their social circumstances. And most often, this simply means there isn’t yet a suitable candidate for marriage.

Of course, this is tricky. In today’s world, media has created a physical standard that hardly exists outside of a digital image. And though I believe physical attraction is necessary, if your mind is too warped by the world, you’ll wait forever for something that is only a figment of your imagination.

Still, I’ve seen far too many compromise their destinies to be with someone who I question if God really chose for them. If you’re looking for a spouse, take time to ensure they complement your call, not complicate it! And until you find that suitable someone, enjoy the gift of a season of singleness. As it’s often said, “Worse than never marrying is marrying the wrong person!” So shake off the societal pressure to get hitched so quickly. It’s never a mistake to be cautious, but it might actually save you a lot of heartache in the end.

A Promise to Singles

Whether singleness is for a season or for a lifetime, it’s rarely celebrated for the blessing it is.

With each of God’s gifts, there’s always a promise. And the gift of singleness comes with some incredible blessings, depending upon your situation. For those in a season of singleness, remember this: time devoted to God is never wasted, but will be returned with a reward uniquely prepared for you (see Heb. 11:6). Who knows—when you’re ready, your reward might be a full and satisfied marriage.

For those with a lifelong call to the single life, God offers something that’s hard to beat: “I will give [you] a name better than that of sons and daughters” (Isa. 56:5). Yes, legacy isn’t limited to offspring, but includes the spiritual sons and daughters that are produced from your obedience to God and devotion to His Kingdom.

Whatever your situation, don’t waste this season by wishing for another. The notion that you aren’t happy or whole until you are married only robs you of appreciating what God has given and called you to today.

[By the way, God’s Word declares that you are complete in Christ. To learn more about how to stand in this truth and all the promises of God, check out my book, Activating the Power of God’s Word: 16 Strategic Declarations to Transform Your Life.] 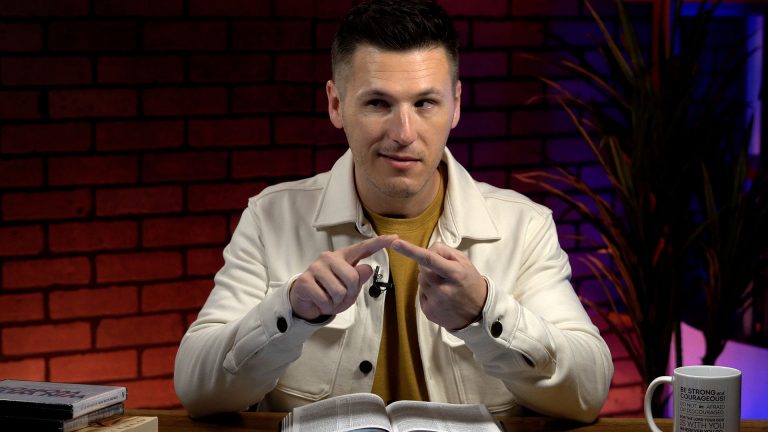 Deliverance 101: How to Get Free and Stay Free 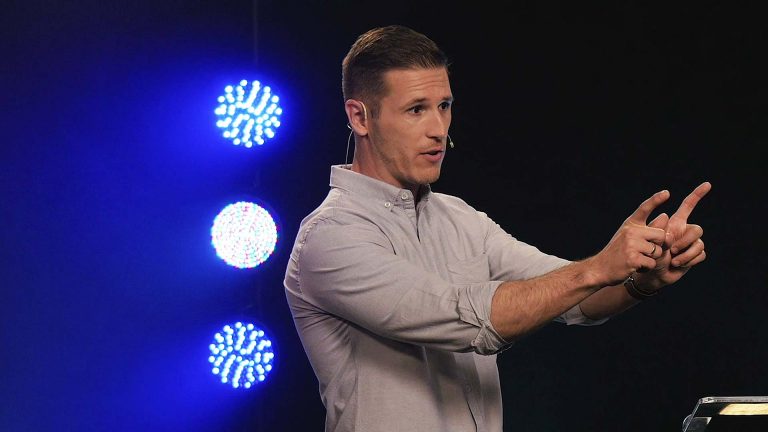 Living in & Loving Your Lane