The Strategic Accomplishments of Jesus’ Life, Death and Resurrection

Through Christ’s life, death and resurrection, everything has been redeemed; even the earth will be made brand new. 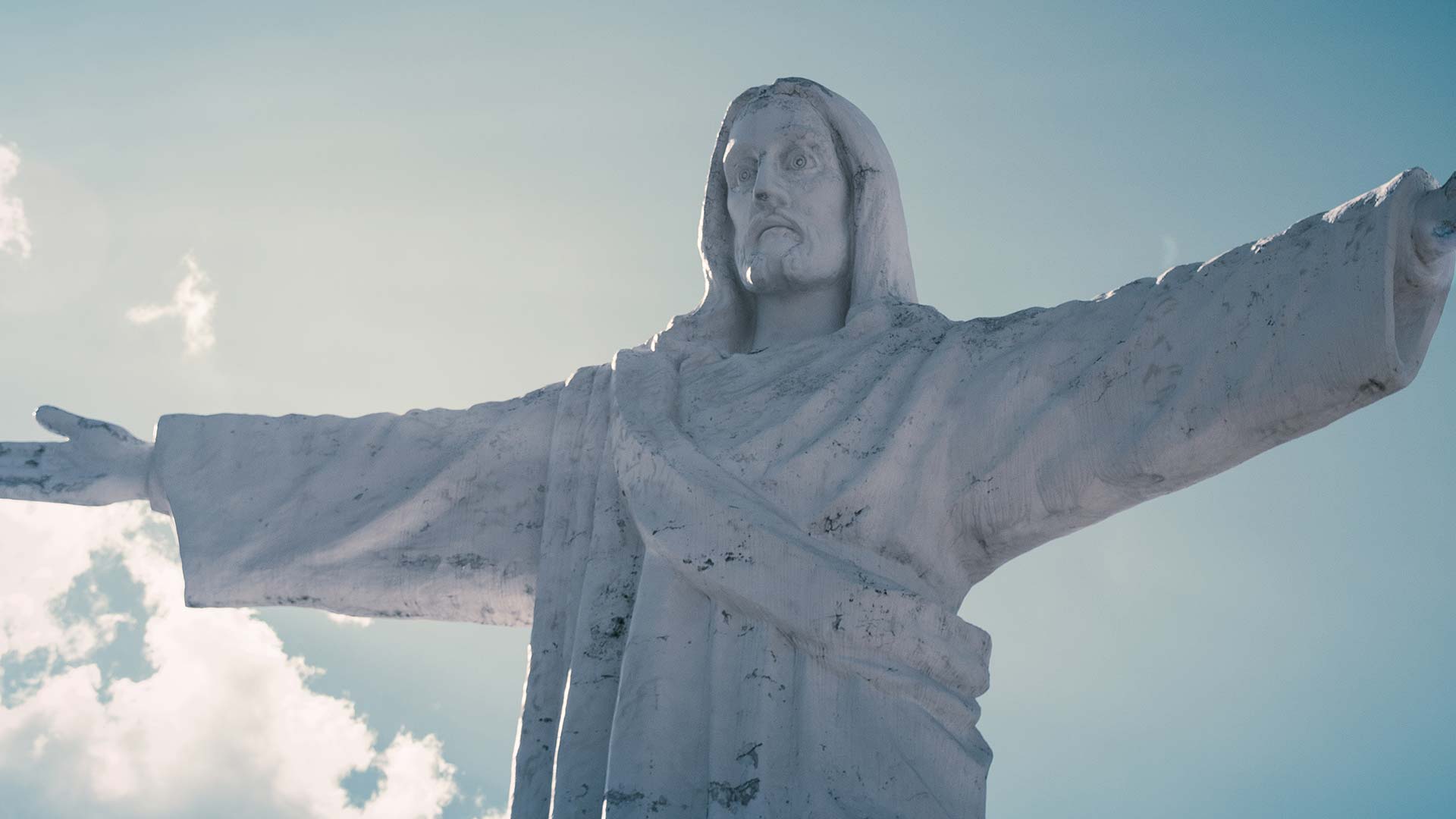 A Christian’s eternal destiny is contingent upon what happened when Jesus died on the cross and resurrected three days later.

In Christianity, the death and resurrection of Jesus Christ serve as the cornerstones of the faith—the lifeblood of the Christian’s hope. To the faithful, Christ’s work is seen to bring forgiveness and salvation—making one right with God. Theologians call it “atonement.” Great eighteenth-century evangelist John Wesley spoke in no uncertain terms when he said, “Nothing in the Christian system is of greater consequence.” Certainly, no Christian would debate its significance. A Christian’s eternal destiny is contingent upon what happened when Jesus died on the cross and resurrected three days later.

The Fall from Perfection

The original creation is indicative of God’s perfect will. Adam and Eve enjoyed a flawless creation, relationship with the Father, righteousness, knowledge only of Godly ways, and eternal life. Evil was nowhere to be found. God created a perfect paradise. Indeed, “It was very good!”

Today, creation is wrecked. It certainly does not reflect the “very good” creation described by God on day six (see Genesis 1:31). In a risky move, God gave control over the earth to a new owner—mankind (Genesis 1:28-30). At some point, the first couple gave in to Satan’s temptation and rebelled against God. This disobedience wrecked God’s original creation, leaving it and humanity in desperate need of redemption (1 Corinthians 15:22). Suddenly, the soil became difficult to work and getting food became a struggle (Genesis 3:17-19). Death, sickness, and disease began to reign (Romans 5:12). Man was no longer innocent, but became knowledgeable of evil (Genesis 3:7, 22). And the saddest outcome was that the Holy Father could no longer be in direct relationship with His people. Offerings, sacrifices, and laws were instituted to make restitution for one’s sins. All creation had fallen and began to yearn for redemption (Romans 8:22-23).

Everything Jesus did was centered on overthrowing Satan’s empire.

Loosely speaking, “atonement” means bringing unity or reconciliation between God and man. Coined in the sixteenth century, the term is the combination of the words “at-one-ment,” meaning to “set at one” or reconcile. The creation needed atoning.

In the words of the Apostle John, “The Son of God was revealed for this purpose, to overthrow the works of the Devil” (1 John 3:8). Everything Jesus did—His earthly ministry, death, and resurrection—was centered on overthrowing Satan’s empire and restoring humanity and creation back to the will of God. Christ provided the perfect atonement the world needed.

Peter summarized Jesus’ ministry, noting that He “went about doing good and healing all who were oppressed by the Devil” (Acts 10:28). His healings and exorcisms were a type of combat with Satan.

In God’s original creation, mankind had no knowledge of evil. Thus, evil thoughts, speech, and actions had no influence over humanity. With Adam’s fall, however, that immediately changed. The Bible says that Adam and Eve’s eyes “were opened” (Genesis 3:7). God declared, “Man has become like one of us, knowing good andevil” (Genesis 3:22, emphasis added). Christ’s teaching ministry was strategically aimed at defeating the knowledge of evil and restoring what was minimized at the Fall—the knowledge of God.

Jesus Christ was the “suffering servant” foretold in the Hebrew Scriptures who would save mankind. He would be “despised and rejected by others; a man of suffering” (Isaiah53:3). The chapter concludes, “Yet he bore the sin of man, and made intercession for the transgressors” (Isaiah 53:12). His crucifixion fulfilled the prophecy that, through His suffering, humanity would be rescued and redeemed.

Christ’s death overcame humanity’s separation from God, bringing it back into fellowship with Him.

As a sacrifice, Christ paid the penalty of death that mankind deserves because of its sin. The author of Hebrews remarks, “He has appeared once and for all at the end of the age to put away sin by the sacrifice of himself” (Hebrews 9:26). In propitiation, Christ’s death removed the wrath of God that humanity deserved. The Apostle John summarizes: “In this is love, not that we loved God but that He loved us and sent His Son to be the propitiation for our sins” (1 John 4:10). In reconciliation, Christ’s death overcame humanity’s separation from God, bringing it back into fellowship with Him. Paul said, “God through Christ reconciled us to himself and gave us the ministry of reconciliation; that is, in Christ God was reconciling the world to himself” (2 Corinthians 5:18-19). Finally, in redemption, Christ’s death freed sinners from the bondage to sin and to Satan. Through this, Christ paid the ultimate price to ensure humanity’s liberation. Jesus said of Himself, “For the Son of man also came not to be served but to serve, and to give his life as a ransom for man” (Mark 10:45). Humanity is purified, made righteous, reconciled to God, progressively cleansed from sin, and able to overcome the devil. These are all products of Christ’s victory over Satan, which provided restoration of God’s will for mankind.

In his letter to the Romans, Paul revealed, “[Jesus] was declared to be the Son of God with power according to the spirit of holiness by resurrection from the dead” (Romans 1:4, emphasis added). A central significance of the resurrection is that through it, Jesus conquered death. He triumphed over every force that opposed Him. Paul, referring to the resurrection, wrote, “Death has been swallowed up in victory … Thanks be to God, who gives us the victory through the Lord Jesus Christ” (1 Corinthians 15:54-57). When Christ rose from the dead, He conquered death and secured eternal life for humanity. Through Christ’s victorious resurrection, He restored God’s will of everlasting life.

Unlike the first man, Adam, who through disobedience brought death and separation, Jesus, the “last Adam,” by obedience restored God’s kingdom (Romans 5:19; 1 Corinthians 5:45). His earthly ministry began with Satan’s temptation, but in complete submission to the Father, He overcame. In submission to the Spirit, Jesus exorcised demons and healed the sick. Paul remarked, “[He] became obedient to the point of death—even death on a cross” (Philippians 2:8). Christ’s obedience undid Adam’s disobedience and restored what Adam lost. Through Christ, everything has been redeemed; even the earth will be made brand new (see Revelation 21:2)! 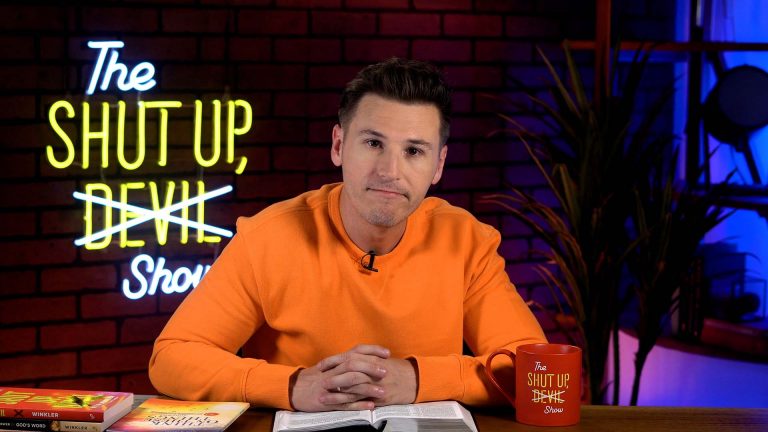 Placed by Grace: How to Beat Imposter Syndrome 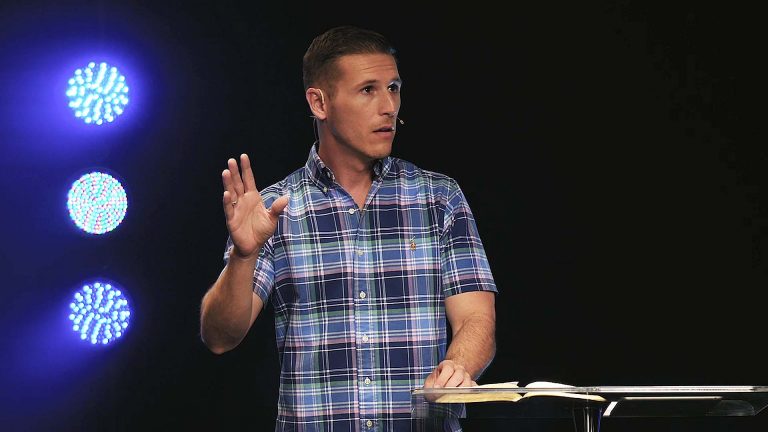 Finding the Fulfillment of Your Needs