The #1 Must-Do to Trounce Negative Feelings

If negative, wrong, irrational or confusing feelings rule your life, then listen up to learn what to do to trounce their influence.

These days, the concept of “identity” is front-and-center in peoples’ minds. Defined, “identity” is the “fact of being who someone is.” And “Who am I?,” “Why am I here?,” and “What am I worth?” are exactly the questions researchers say this generation asks the most.

The Two Identities Available to You

Your heavenly identity “in Christ” is despite all the junk you face.

In a message I preach titled, “You Aren’t What You Feel,” (included in the You Aren’t 4-Part Series) I reveal the two types of identities available to each of us. The first is a “perceived” identity, which is a belief about yourself based upon what’s happened since you were born—emotions, struggles, regrets and the words of other people.

The second option is a heavenly identity, which, for those who are “in Christ,” is how God decides to see you—and it’s despite all the junk you face (see Eph. 1:4–5). Instead, it’s founded upon the finished work of Christ and the truths of God’s Word.

One of the Enemy’s Greatest Tools

Obviously, the enemy doesn’t want you to know your heavenly, identity in Christ. And so he works tirelessly so that you see yourself in the image of your issues in order to dictate your behaviors and derail your destiny. And one of the most effective tools that he uses to do this is feelings.

A negative belief about yourself becomes a lens through which you see everything.

Take my life as an example. Childhood feelings of timidity caused me to quit my first year of preschool, to be labeled as one who had a reading problem, ostracized by my classmates, chosen last for groups and many other painful experiences. You see, when you feel the same feelings for so long, the enemy convinces you that “you are what you feel.” And so it was with me. Over time I came to believe, “I am a reject.”

Accordingly, living with this perceived identity was like walking around with rejection glasses on. This negative belief about myself was a lens through which I saw everything, especially social situations. For example, because my life was colored by feelings of rejection, if I walked into a room and saw people laughing, I almost instantly assumed they were laughing about me. This expectation only kept me isolated and shackled to what I hated most.

The Key to Overcome Feelings

Determine that God’s Word is more real than what you feel.

Finally, God gave me a Word that began to shatter the shame. He said, “Kyle, you need to begin to identify with your new identity.” This meant that I needed to begin to establish that who I am is based on the reality of who God says that I am— “accepted,” “complete” and “His masterpiece.” As I began to change my thinking according to God’s truths, these rejection glasses were removed and I started to see myself and everything around me in light of His Word.

Are there issues in your life that have created a lens? It’s time to take it off! Determine that God’s Word is more real than what you feel. As you begin to see, think and speak about yourself accordingly, you’ll begin to live in victory.

Susie Larson on Prevailing through Pain 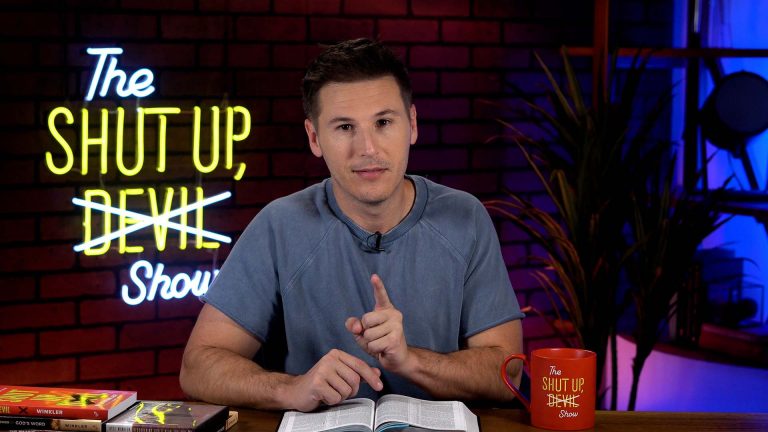 Walking in Your Anointing