Miracles Never Ceased: The History of the Gifts of the Holy Spirit to Today

History reveals that the gifts of the Holy Spirit never ceased, but are active and necessary for your life today! 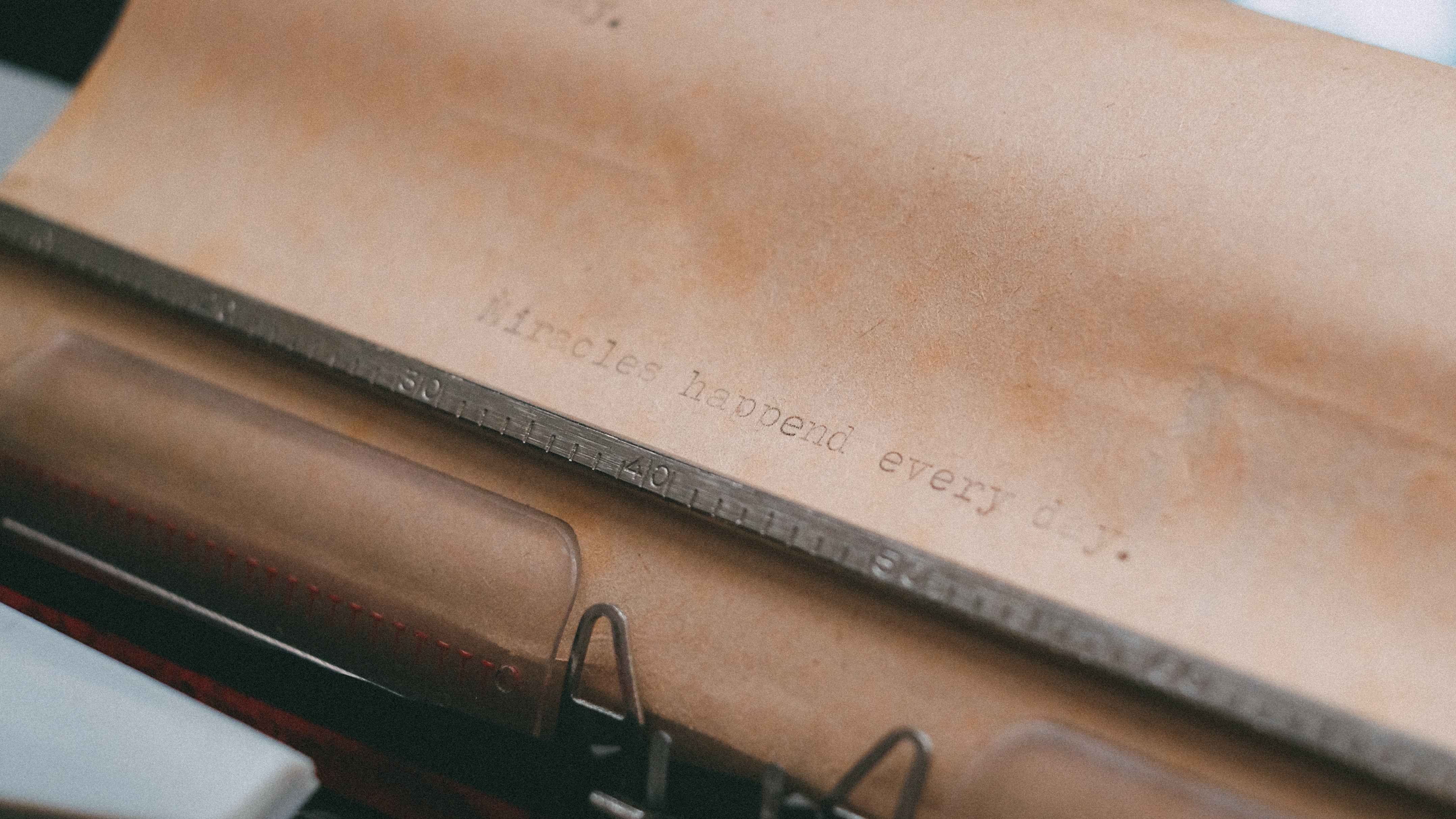 In the apostle Paul’s first letter to the Corinthians, he lists a catalog of supernatural gifts given by God to believers. “Now there are a variety of gifts, but the same Spirit,” Paul advises. Wisdom, knowledge, faith, healing, miracles, prophecy, discernment and tongues are activated and given to individuals by the Spirit’s choosing (1 Corinthians 12:4-11). Known as the “charismatic gifts” (charis is the Greek word for grace, denoting power), certain traditions often claim they were in use for a short period after Christ’s resurrection for the building of the early Church, but died out shortly thereafter. Still, other modern Christian traditions claim these gifts as supernatural endowments of power very much in effect today and useful for holy living and evangelism. Evidence from the Bible and history support the latter: The gifts of the Holy Spirit never ceased, but are active and necessary for Christians today.

The Gifts in the Early Church

Evidence from the early Church, nearly 100 years after the resurrection of Christ, suggests the gifts were still in operation after the death of the last apostle. The Gospel of Mark features a second ending in chapter 16 from verses 9-20 (Most Bibles note this in the commentary). Here, Jesus mentions signs that will follow believers. “In My name,” Jesus said, “[believers] will cast out demons; they will speak in new tongues; they will pick up snakes in their hands, and if they drink any deadly thing, it will not hurt them; they will lay their hands on the sick, and they will recover“ (Mark 16:17-18).

What is most intriguing about this second ending is that scholars admit it was not part of Mark’s original manuscript (Many Bibles also note this in commentary), but was added by the early Church around or after 130 AD.  If the charismatic gifts had ceased, why did the early Church include this second ending that so obviously attests to charismatic signs following believers? I believe they were still seen as necessary in the life of the Church!

History indicates that when Christians in the early Church prayed, they expected the Holy Spirit would manifest with powerful signs. This was also assumed during baptisms. These Christians came to depend upon the experience that when a convert was baptized, he or she might rise up out of the baptismal water and begin to prophesy, speak in tongues, see a vision, or be delivered of demons. Tertullian (ca. 160–255 AD), one of the great defenders of orthodox Christianity, addressed his baptismal candidates to expect the gifts. He would proclaim, “When you come up from the most sacred bath of the new birth, when you spread out your hands … ask your Father, ask your Lord, for the special gift of his inheritance, the distribution of the charisms.”

Other Church fathers likewise professed charismatic experiences. Justin Martyr (ca. 100–165) and Origen of Alexandria (ca. 185–254) spoke about exorcisms. Clement of Alexandria (ca. 215) believed that a “perfect man” is characterized by his reception of the gifts of 1 Corinthians 12. Thus, more than 100 years after the crucifixion of Christ, and well after the death of the last apostle, the charismatic gifts of the Holy Spirit were still in operation.

After the legalization of Christianity by Constantine in 313 A.D. (which itself was influenced by a vision!), the Church had lost much of its fervency and the gifts were not as expected. Be that as it may, Egyptian monk Pachomius (ca. 346) is said to have spoken in the tongues of angels. Major church father, theologian, and bishop, Augustine (ca. 354-430) initially advised Christians not to expect miracles. After several undeniable wonders in and around his churches, however, he revised his position, concluding that it wasn’t that miracles ceased, the Church had just stopped talking about them.

Eastern churches are reported to have continued practicing the gifts of the Spirit in monasteries throughout the Middle Ages. Records exist from this period of those testifying to speaking in unknown tongues, experiencing a baptism of the Holy Spirit (distinct from water baptism), and receiving the gifts by the laying on of hands.

By 1100 A.D., a phenomenon called “the Royal Touch” (a belief that the monarchy had power to heal) occurred. At this time, a type of tuberculosis was manifested through boils on a person’s body and the monarchy began holding healing services, touching sufferers while making the sign of the cross over them. In the thirteenth century, King Edward I reportedly blessed more than 1700 people in one year and many testimonies of healing were recorded. Similarly, other monarchs such as King Henry I, King Henry VIII and Queen Elizabeth I claimed many healings. Though somewhat controversial in their day, even in these royal services, God was exalted as healer and the monarch merely the mediator.

It should be admitted that, for a number of reasons, instances of the gifts did decline over the years. Still, it ought to be obvious that they remained active throughout history, even if isolated to smaller groups. An early Methodist preacher, Thomas Walsh, recorded in his diary in 1750, “The Lord gave me a language I knew not of, raising my soul to him in a wondrous manner.” And by the nineteenth century, a shift began taking place. Revivals emerged throughout the nations accompanied with a renewal of the gifts of the Holy Spirit.  Revivalist and founder of Methodism, John Wesley, reported the gifts upon some of his fellow Methodists. A subsequent experience to salvation, the “baptism of the Holy Spirit,” was described as having feelings of supernatural power. By the early twentieth century, the influence was growing, and with the 1906 Azusa Street Revival in Los Angeles, the gifts could no longer be ignored. Speaking in tongues and divine healing were paramount in the revivals, once again seen as tools for the furtherance of the gospel and holy living. Testimonies carried the phenomenon across the globe.

By the 1970s, nearly every mainline denomination within Christianity was impacted. Some Catholics, Lutherans, Presbyterians, Methodists, Baptists, and so on, testified to receiving a baptism of the Holy Spirit, followed with gifts such as speaking in tongues and a renewed focus on Scripture and Jesus! Later, modern revivals surfaced, accompanied with similar wonders. Some recent revivals have claimed more than 100,000 converts and thousands upon thousands of missionaries dispatched around the world. Certainly, the charismatic gifts of the Holy Spirit as described by the apostle Paul never ceased, but remain as vital in today’s Church as in the early Church, for the spreading of the gospel.

What’s in It for Me?

God has not left you powerless! Jesus said, “I will not leave you orphaned …. But the Advocate, the Holy Spirit, whom the Father will send in my name, will teach you everything, and remind you of all that I have said to you” (John 14:18; 26). Salvation ensures your reconciliation and eternity with God the Father, but subsequent power from the Holy Spirit is available to you, just as it was throughout history, to help you spread the Good News of Jesus and live a life pleasing to Him. Your struggles, strongholds, fears, or whatever it is that holds you back, can be overcome with the help of supernatural gifts given by the Holy Spirit for your benefit.

At age 16, when I asked the Spirit to baptize me with His fullness, I received a private prayer language (unknown tongues) and a boldness I never had before. The gifts of the Holy Spirit empower me every day to overcome hurts and fears from the past and continue in victorious living for Jesus.

Embark upon a study of the promise of the Holy Spirit throughout the New Testament. John 14:15-31; Acts 1-2; 1 Corinthians 12-14 are great places to begin. If you desire more from God, pray and stay persistent. The Lord is faithful to those who ask and expect more! 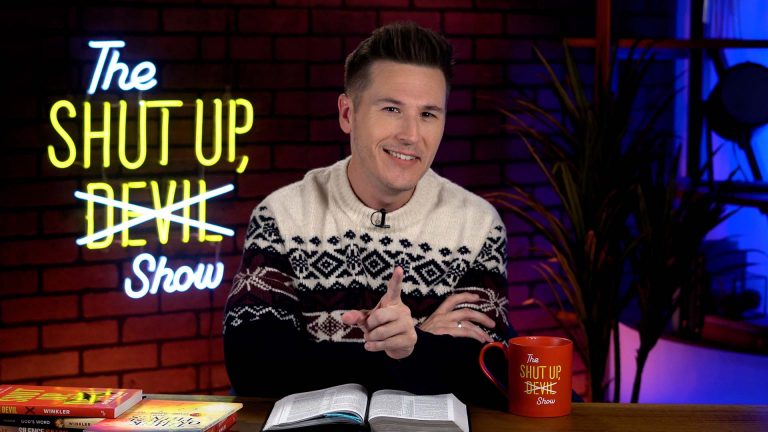 The Real Role of the Holy Spirit 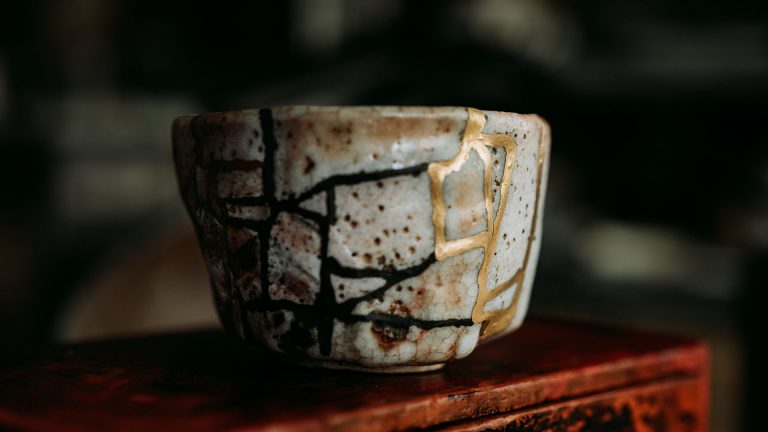 How to Turn Your Costly Mistake into Something Great