How to Thwart the Sinister Assignment of Satan’s Attacks

There’s a sinister assignment for each of the devil’s attacks. And it’s much more than just causing you pain and grief.

Satan launches attacks for much more than just the sheer fun of it or even only to cause you pain. Each weapon aimed at you is like a bomb zeroed in to succeed in a particular mission that’s much more sinister.

As adversary, the devil blasts temptations and trials designed to cause you to stumble. If you fall to these devices, he then fires off accusations in order to change your concept of who God is based on who you are and what you’ve done. As I explore in my book, Activating the Power of God’s Word, ultimately, Satan wants to convince you that God is not good. To do this, he whispers lies such as, “You’re too dirty—God can’t love you,” and provokes fear with “Because you’ve failed, God will punish you.”

The Destructive Power of an Accusation

I well know the destructive power of Satan’s accusations. It’s what he used to try to shut me down at the very beginning of my ministry. Literally, within months of stepping out, I was bombarded with threats about insecurities, weaknesses and sins dating all the way back to potty training. The devil’s accusations provided the evidence to back up why I was too messed up to be used by God. I started to believe he was right, and considered quitting ministry to do something else.

To put it simply: God showed me there are no methods or efforts that I could do to undo the mistakes the devil was holding over my head. Trying to “work for my forgiveness” would only burn me out and wear me down. Instead, I needed a fresh reminder of the finished work of the cross. And that’s the simple, but powerful solution for you too.

The Bible boasts that we overcome the accuser by the blood of the Lamb (Rev. 12:11). Yes, Jesus’ blood shed on the cross some 2000 years ago still stands today in defense of your innocence and righteous before God. You just might need to remind the devil—and yourself—of that truth!

So when the devil fires off his mouth with accusations of what you’ve done. Fire back with reminders from God’s Word: “Shut up, devil! He who knew no sin took on my sin and declared me righteousness. By His blood, old things have passed away and I am made brand new” (see 2 Cor. 5:17, 21)!

[Based on the chapter, “No Weapon Formed Against Me Will Prosper”—one of 16 strategic declarations I explore in my book, Activating the Power of God’s Word.]

You Aren’t What You Feel 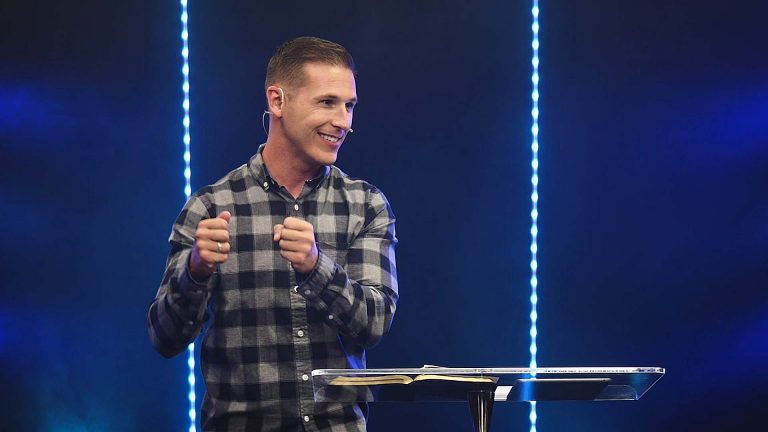 How to Put on Christ