How to Avoid the 3 Steps of the Devil’s Destruction

You’ve heard that the enemy’s goal is to destroy (John 10:10). But did you know he uses three progressive steps to do it?

One of the first used and most effective weapons in the devil’s arsenal against us is temptation. Who doesn’t know its power? Temptation is a daily visitor that lures us into wanting—craving—something that we shouldn’t have. Its bait is a promise of fame, fortune, wisdom or pleasure. But as we all have learned at some level, temptation never delivers on its promise. Rather, it deceives you and gives you something else—often intense guilt and shame.

The best time to beat temptation isn’t during temptation, but before temptation.

Your victory in life hinges upon resisting temptation. But to do so, you must know that the best time to beat temptation isn’t during temptation, but before temptation. In other words, if you know that you struggle with a particular issue, then it’s wise to avoid whatever or wherever causes it. This is gist of what Paul wrote to the Ephesians: “see then that you walk carefully, not as fools, but as wise men, making the most of the time because the days are evil” (Eph. 5:15­–16).

Yes, to resist temptation, it’s crucial for you to watch your step so that you don’t enter places and situations that tend to trigger it. Some obvious ones might be certain stores, restaurants, movies or websites.

The Path to Destruction

“He who will play with Satan’s bait will quickly be taken by Satan’s hook.”

But there’s something more to beating temptation than not stepping into its den. You should be aware that if the devil can’t get you into a place of temptation, he will try to get you close to one. In the Old Testament, this is the trap that Lot fell into. The city of Sodom and Gomorrah was known for its paganism and debauchery. At first, Lot knew better than to live inside of such a place, so he decided to live on the outskirts instead (Gen. 13:12). But living just outside of Sodom kept him within reach of its influence, which eventually lured him in (Gen. 19:1–3).

As I explore in my book, Activating the Power of God’s Word, I’ve observed that the devil leads people into destruction through three steps, which I call the “three D’s of the devil”: dabble, deceive and destroy. When we begin to dabble in unwise situations—especially those that don’t initially appear sinful—he then presents arguments as to why we should move in closer. These might include more influence, more money, more wisdom or more pleasure. Eventually, like Lot, we are deceived to believe that the ends justify the means, and we move into what will later destroy us.

So watch your step. As a wise person once said, “He who will play with Satan’s bait will quickly be taken by Satan’s hook.”

Why Do Bad Things Happen to Good People? 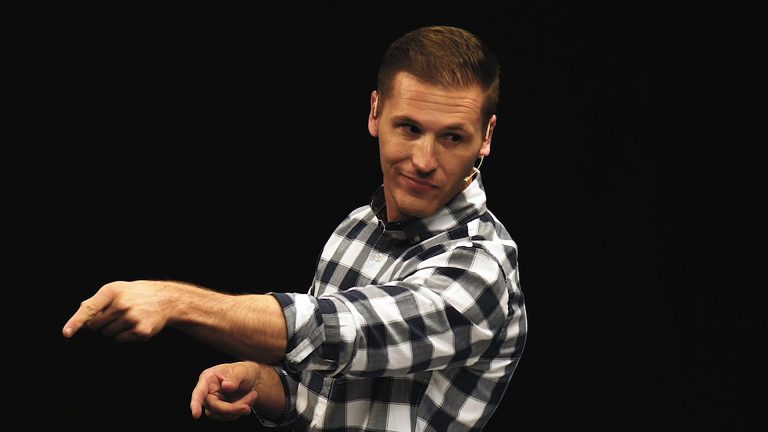 The Power in Jesus’ Name