3 Words that Instantly Repel the Enemy

Whenever they’re spoken, these 3 kinds of words have a supernatural power to shut down physical, emotional or spiritual attacks.

Most names in Scripture are less of a name and more of a job description. Those that describe the enemy are no exception. “Satan,” “devil” and “accuser” not only reveal who he is, but they also describe what he does. And that’s good news for us. Because by implication, the enemy’s names reveal the strategic ways to counter what he does.

The Identities of the Enemy

Most people know the enemy’s prominent Old Testament name, “Satan.” After all, the Bible references it 52 times. “Satan” is the Hebrew word for “adversary,” which defines him as one who not only opposes God but also God’s people.

Nearly tied in recognition with “Satan” is the enemy’s New Testament name, “Devil.” “Devil” is a Greek word that means “slanderer.” As you probably know, to slander is to destroy someone’s reputation with lies. That fittingly details how he works against Christians.

The third common name for the enemy comes from the specific ways he opposes and slanders. It’s, “the accuser.” In the final book of the Bible, the apostle John uncovers how the enemy works in this role: “For the accuser of our brothers has been thrown down, who accuses them day and night before our God” (Revelation 12:10, ESV).

The Means of Our Victory

Though the enemy works against us in various ways, the Bible describes a single, simple way to instantly kick him out of our lives. Just after John characterizes him as “the accuser,” he explains that the way to counter his wiles is with words: “And they have conquered him by the blood of the Lamb and by the word of their testimony” (Revelation 12:11, ESV).

Discovering that words have Satan-silencing power shouldn’t be much of a surprise to Christians. As I detail in my Win With Words series, the Bible frequently teaches that words are vehicles of success and transformation for many areas of life. With words, God spoke the creation into existence (see Genesis 1). Words play a vital part in the process of salvation (see Romans 10:9). Words are what Jesus used to resist the devil (see Matthew 4). And as we’ve just seen from Revelation, words are what we may use to resist him, too.

The 3 Kinds of Words that Win

The right words spoken in the right moment can change everything. But in spiritual warfare, I must stress that we use words only to defeat the enemy’s attacks, not the enemy himself. That’s because Jesus already defeated him on the cross (see Colossians 2:15). Nothing we do or say can accomplish what Jesus did once and for all by His blood. Our words work only because they assert Christ’s victory over the enemy’s attacks of opposition, slander, and accusation.

With that said, let’s now get strategic about what to say in these moments of attack.

Word #1: The Word of Your Testimony

“Look what you’ve done! You are guilty!” That’s usually the start of how the enemy’s accusations begin. As “the accuser,” he whispers reminders of past sins and present struggles to insist that you should be punished by God. His hope is that you’ll fixate on the truth of what you did do or do battle, and therefore forget the greater truth of Jesus’s sin-forgiving, punishment-taking, judgment-ending bloodshed on the cross. The enemy knows that the notion that God is disappointed or mad is the greatest source of insecurity, fear, and many of our most toxic emotions. That’s why he works this angle so hard.

Believer, never allow the accuser to minimize the work of Christ in your life. The amount of evidence brought against you doesn’t matter. At the moment of your faith in Jesus, the righteous Judge threw out all evidence of your wrongdoing. That means that when the enemy comes accusin’, you may quickly send him packing with the word of your testimony. I like to say something like this: “The blood of Jesus means I am not guilty, but I am guilt free!”

Like an accusation, the enemy builds his slander on truth, which he couples with what he claims it means about you. It might sound like, “You failed back then, therefore you are horrible/unlovable/unusable today.”

Ultimately, the enemy hopes to damage your righteous reputation in Christ, even if only in your mind. That’s why the most effective counter to this attack is the truth of God’s Word related to who you are in Him. My favorite rebuke to the enemy’s slander is based on 2 Corinthians 5:21: “He who knew no sin became my sin so that I am right with God.”

Of course, God’s Word contains many more truths that counter however the enemy tries to define you. My Shut Up, Devil! app is a great resource to help you find those truths and identify with them.

Finally, the obstacles the enemy often uses as “adversary” are physical attacks like sickness, disaster, and trauma. Though most people mistake that his goal with these is to cause pain, his goal is more harmful than that. The enemy uses physical attacks to convince people to distrust God.

We hear it all the time in culture. Unbelievers often say that they refuse to believe in a god who allows such tragedy in the world. But this tactic of blaming God for every problem doesn’t work only on unbelievers. Over time, the enemy coerces many believers into a distant relationship with God because of what they experience.

While physical attacks are certainly challenging, they don’t mean that God is out to get you. To ensure that what you endure doesn’t get between you and God, keep the truth about God’s character on your mouth. I’ve found that nothing repels the adversary more than the short proclamation, “God is good!”

Friend, please know that whatever you face—whether accusation, slander, or opposition—these are only the desperate attempts of an enemy who is defeated. Nothing he does—no matter how real it feels—can really destroy you. The cross killed his power (see Colossians 2:14–15). Therefore, you need not waste any more effort on the enemy than what it takes to use God’s Word to say, “Shut up, devil!”

(P.S. As I mentioned, words have spiritual warfare power. But they also have the power to shut down negative thoughts, boost your confidence and courage, and so much more. I’ll show you how in my 4-message series, Win With Words.) 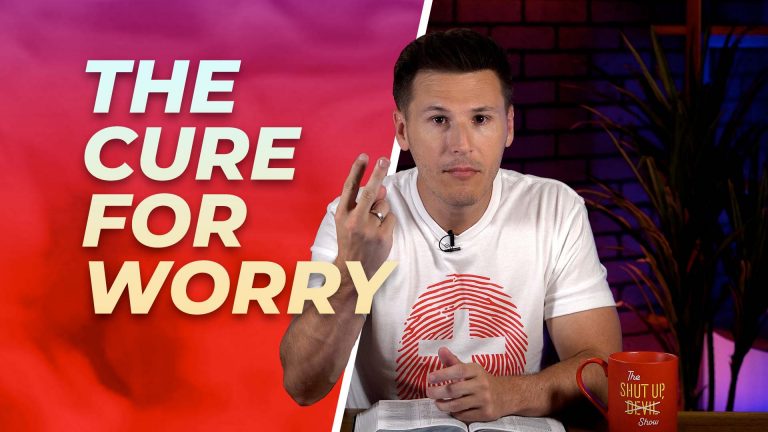 The Cure for Worry 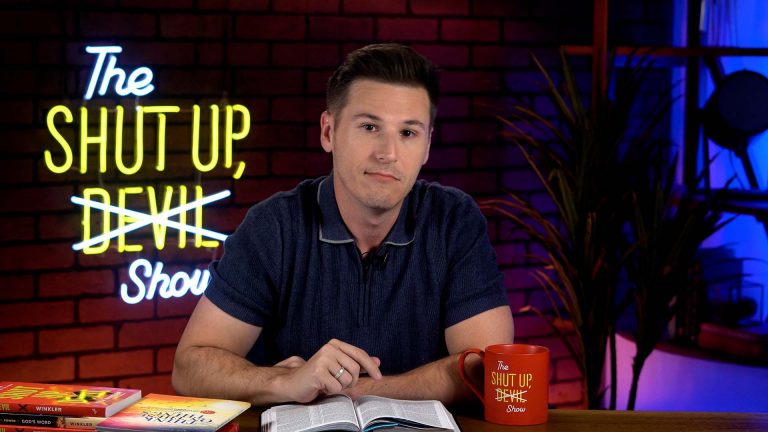