Faced with the enemy’s attacks, threats, lies or accusations? Follow these three simple, but sure steps to overcome his wiles every time.

Some years ago, I whined to the Lord about various spiritual battles over which I didn’t experience the victory I expected. “I’ve fasted, I’ve prayed every prayer, and I’ve rebuked every devil,” I grumbled to God. “Yet I still don’t feel victory!”

Spiritual warfare isn’t about fighting a devil who is defeated, but it’s about standing in the victory of the One who defeated him.

From this, God revealed something that changed everything I thought about how to win spiritual battles. “Spiritual warfare isn’t about fighting a devil who is defeated,” He instructed. “But it’s about standing in the victory of the One who defeated him.”

From that day forward, my position in spiritual warfare changed. When tempted, belittled or threatened, I’d find a scripture that confronted the attack and then run it through my mind and mouth as a way to stand on its truth. I found standing much simpler than anything I did before; and it brought me greater victory, too. But then, a couple years later, the Lord profoundly opened my eyes to the power of this posture. Keep reading.

To write my book, Activating the Power of God’s Word: 16 Strategic Declarations to Transform Your Life, I studied Peter’s comparison of Satan to a roaring lion on the prowl (1 Pet. 5:8). This led to a flood of insight.

First, I discovered that a lion has a small heart and lungs relative to the size of its body. This means a lion doesn’t have the stamina to run for too long, which impacts how it hunts. If a lion were to chase his prey the moment he sees it, the prey would likely outrun him. Instead, the lion studies his prey to determine the opportune time to attack. Then, when he’s ready, the lion pounces upon his victim from an angle it doesn’t expect. Finally, the lion goes for the head to get to the mouth, all in order to suffocate his victim.

As I explore in the book, the parallels to how Satan assaults us are remarkably similar. Think about it. Most often, the devil attacks in the moments we don’t expect, and at the times when we are weakest. And in doing so, he goes for our heads (our minds) to get to our mouths (the words we speak) in order to interject defeat into our lives.

3 Steps to Outwit an Attack

If all this wasn’t revealing enough, as I continued my study into the lion’s attacks, I discovered instructions for how a human should withstand a lion if approached in the wild. The article gave a three-step process in the natural that made fascinating spiritual sense of what the Lord spoke to me years earlier.

If a lion approaches you in the wild, your first instinct is to panic and run. But don’t! If you run, the lion will overtake you. Instead, animal experts say you should begin to take deep breaths, remain still and try to be calm.

Take a similar approach when you begin to undergo spiritual attack. While your mind might say, “fight or flight,” don’t take the devil’s bait. This isn’t the time to panic or run, but it’s the time to get into God’s Word to find scriptures related to whatever issue you face. Then, begin to think on these scriptures in order to help you stay at peace.

When the devil launches his attacks, threats, lies or accusations, you need to respond with truth.

The experts instruct that if the lion begins to roar, you should begin to jump up and down, wave your arms and shout. The point here is to behave in a way that makes you appear more threatening than you really are.

Spiritually speaking, when the devil launches his attacks, threats, lies or accusations, you need to respond with truth. That is, begin to speak scriptures aloud. In the same way that Jesus silenced Satan’s temptations in the wilderness, you too will silence Satan’s assaults by verbalizing God’s Word.

If the lion decides to pounce, experts warn not to crouch or cower because the lion will crush you. So your best defense in this moment is to stay standing. Why? Because when the lion’s belly is exposed in the air, if you are standing, you have an opportunity to pierce, kick or punch it.

Here again, the natural reflects the spiritual. And, as God showed me, our best defense against Satan is also to stay standing. And better yet—to stand with the Sword of the Spirit (God’s Word) in hand (Eph. 6:17). When in this posture, if the devil decides pounce, you can pierce him with God’s Word, and his attacks will fall at your feet before they can defeat your life.

Finally, I find it of no coincidence that Peter finished his analogy of Satan as a lion with this instruction: “Stand firm against him, and be strong in your faith” (1 Pet. 5:9). Remember: like the lion, Satan doesn’t have the stamina to last forever. When you remain firm upon the truths of God’s Word, you beat the devil down over time.

“I almost walked away until God revealed this …” 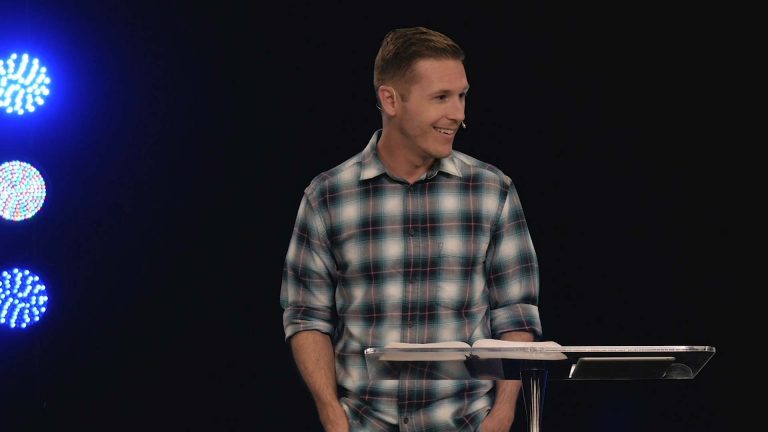 God’s Surprising Answer to Your Weakness