Are you struggling to find acceptance of your faith from those you love? Check out these three life-tested tips for what to do (and what not to do). 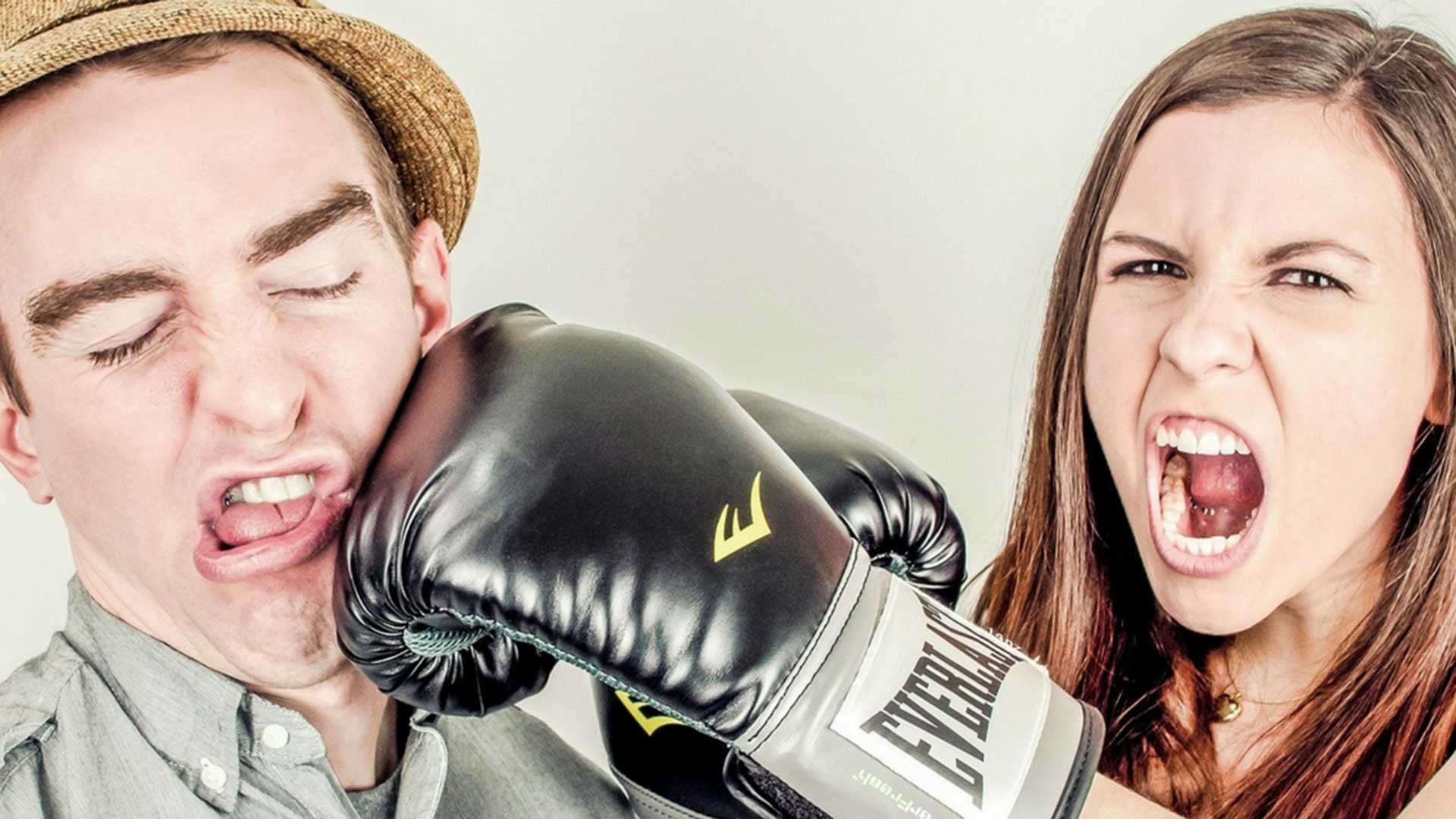 I come from a long line of certain denominational tradition, in a town established as a seminary for that faith. From toddler to teenager, I attended their schools and worked in their organizations. Accordingly, my perspective of Christianity was narrowed to a single paradigm. Anything else was taboo.

Now imagine the reaction of my family, when at 16 years old, I came home gushing about my experience at non-denominational church in a neighboring town. It didn’t go well.

What I encountered at that church one Wednesday evening was radically different than the Christianity in which I was raised. The music, preaching and environment all opened my eyes to a Savior who is alive and interested in a relationship with me. Almost instantly, I wanted to dive into this new world and never go back to anything from before. And somehow I naively thought my family would be excited about my newfound passion. I was wrong.

Later that night, my spirits were quickly damped by parents who were understandably protective of their teenage son—who themselves never dared to venture from the old family tradition. But what I experienced was transformational, and I wouldn’t relent. And so ensued years of tension between my family (who thought I’d gone off the deep end) and me (who just wanted to know Jesus more intimately).

Ambitions of the Newly Zealous

We’re supposed to tell others about Jesus. There’s often a right way and a wrong way to do it. And you might need to change your methods.

As I’ve matured in the faith, I’ve learned that my situation represents the similar battles of many—not always between teenagers and parents, but spouses, siblings and friends. The tendency right after a new faith experience is that you want tell everyone about it. You think: “Everyone should see what I did;” “Everyone should feel this same passion;” “Everyone should want to know Jesus!”

These are understandable ambitions for someone newly zealous. But they can be crazy seeming to those who didn’t experience what you did. And if you insistently press these upon them (like I did), your efforts will likely backfire into frustration, tension or all-out hostility.

The great news is that you don’t have to give up your pursuit to win your friends and family to the faith. After all, we’re supposed to tell others about Jesus. But as I learned, there’s often a right way and a wrong way to do it. And you might need to change your methods.

So if you struggle to find acceptance of your faith from those you love, here are my three life-tested tips for what to do (and what not to do).

In my overzealousness, I began to tell my family why their ways were the wrong ways. To do so, I came at them with Bible verses that backed my doctrine and denounced theirs. But that’s not all. Since my parents continued to require I attend their church on the weekends, I decided to make it obvious that I didn’t want to be there. And so, I brought my Bible so that everyone saw me read it instead of their book of pre-selections.

Finally, toward the height of it all, I ordered a t-shirt that, on an occasion or two, I wore to their church. It read: “Worship God not your manmade denomination.” Sure, it’s humorous to hear these stories now, but nobody laughed back then. And surprise, surprise—it didn’t work to make my family any more accepting of my faith.

It wasn’t my arguments that influenced them to want what I have, but it was seeing my authentic growth.

Certainly, my approach was the wrong one—a method not supported by Scripture. Rather than be obnoxious, Jesus instructed us to be His witnesses (Acts 1:8). And there’s a huge difference between His ways and my old ways.

A Christian witness is simply one who testifies to God’s power to change his or her life. Admittedly, for too many years, I wasn’t a true witness, but was acting more like a prosecutor arguing why I was right and they were wrong. And naturally, this put up their defenses.

When I began to simply share stories about God’s power in my life and in the lives of others—not in a “you-need-this” way, but in casual conversation—that’s when I gained some ground. To be sure, they didn’t always understand everything, but they also couldn’t deny the fruit of my faith that started to manifest in my life. You see, it wasn’t my arguments that influenced them to want what I have, but it was seeing my authentic growth.

One day while I reread about Paul preaching to the Greeks at Athens, I saw something in the story that changed how I related to my family. I noticed that he quoted their poets in order expound upon the truth of Christ (see Acts 17:28). In other words, Paul used a bit of truth from authority figures within their culture to warm the people to his message.

I began to put this strategy to work in conversations with family. Rather than come at them with what I believed their faith leaders said that is wrong, I used quotes from what their faith leaders said that is right. The effect of this worked so that they let down their guards. By “speaking their language,” I was no longer perceived as attacking, but dialoguing. And when you show someone that you’re genuinely interested in what they have to say, they tend to be more interested in what you have to say, too.

3) Trust that God is your vindicator.

I’m happy to report that now some 16 years later, although my family doesn’t always “get” me, they are no longer hostile toward my faith. In fact, some have had their own experiences with God in their own ways. And this brings me to the final, crucial point: You must trust that God is your vindicator.

I teach an entire chapter on this concept in my book, Activating the Power of God’s Word. But suffice it to say, to vindicate means “to show something to be right or accepted.” Using arguments and persuasive techniques, many of us try to be our own vindicators. And as I learned, constant striving to defend or prove yourself only serves to make you and the others frustrated.

The Psalms boast that “the Lord will vindicate his people” (Ps. 135:14). What this means is that you can close your mouth and let God do the talking for you.

It’s Worth the Wait

It won’t be in your timing; it’ll be in His. God’s timing is always worth the wait.

Here’s the reality: The understanding or acceptance of your family or friends in regard to your faith probably won’t happen overnight. Like it did for me, it might even take years. And that’s typically because there are issues in you and them that need to be worked out, which is a process.

Still, if you put these tips into practice, I believe God will bring your loved ones to accept you in a way that might even surprise you. No, it won’t be in your timing; it’ll be in His. Though I assure you: God’s timing is always worth the wait.

You Aren’t What You Feel 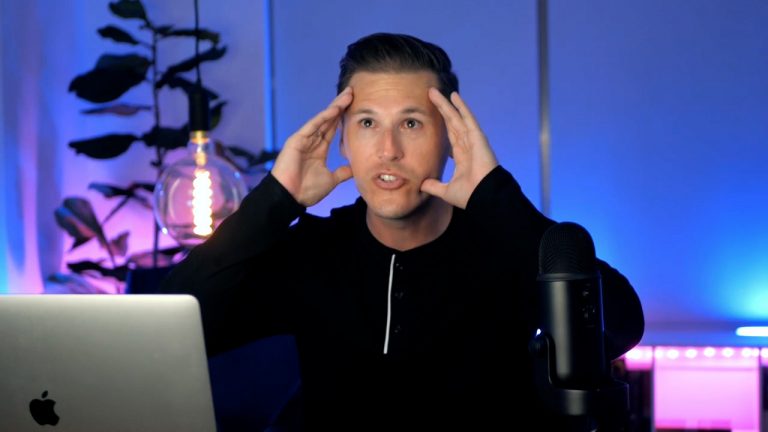 Signs vs. Silence: How to Determine God’s Direction